Be Still Life: A Film by Michael Harrell and Philip Harrell 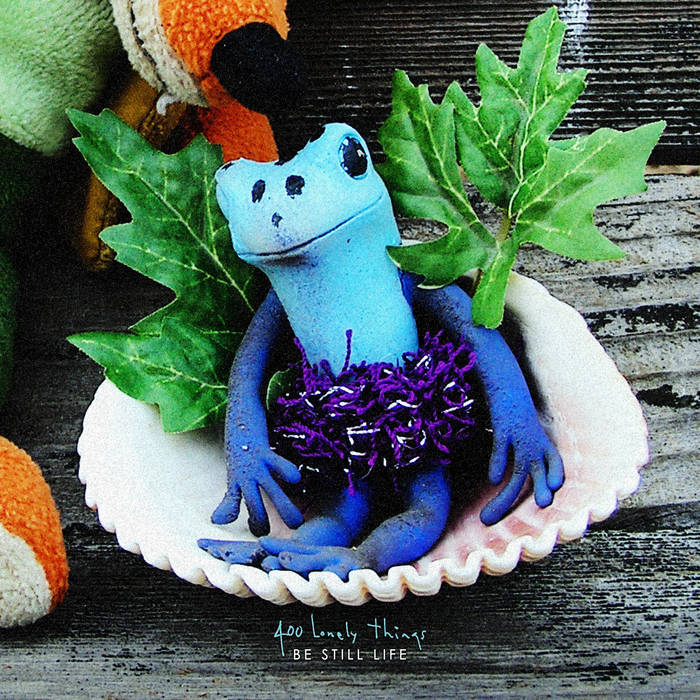 Another solo outing by Craig Varian, Be Still Life was recorded between August and December of 2008. The album title points to the bittersweet interplay between the constant change of life, and the human desire to keep things always as they are. This is further enacted by the packaging; still lives arranged and photographed by Craig's (then) seven-year-old daughter, Emma, mandalas found around their house in the mountains.

If 400 Lonely Things were to ever make a psychedelic folk album, Be Still Life is what it would sound like. An ode to Spring and Summer, the songs are built entirely of sampled arrangements, and locally grown, organic field recordings - reflecting life in the woods, both serene and sinister. Acoustic guitars and woodwinds drift in and out of golden sunlight and sparkling meadows, while fireflies lure you to sleep in dark, forbidding forests of drones and dirges as the evening draws to a close.

Be Still Life opens and closes with homages to two cinematic cautionary tales of innocence and faith, with the tranquilizing beauty and peacefulness of the woods as their backdrop. Track one, Swiss Miss features a few audio bites culled from Ingmar Bergman's The Virgin Spring, and the albums' closing track Wicklow Wood is composed entirely of a few brief, treated samples from John Boorman's Zardoz. Be Still Life is the sixth album from 400 Lonely Things.

A short film / long-form music video by film-makers and brothers Michael and Phil Harrell, inspired by the music of 400 Lonely Things.

Be Still Life takes its name from the 2009 album by 400 Lonely Things, extrapolating the bittersweet interplay suggested in the album title between the constant change of life, and the human desire to keep things always as they are. While drawing most of its inspiration and soundtrack from Be Still Life, additional songs from the 400 Lonely Things catalog are also used to tell an introspective story.

Our withdrawn protagonist discovers a busted, old TV frame, and discovers that looking through it - he can frame and capture all the beauty in life. However, taming the outside world comes with a price - he begins to only look at things through the frame, developing a dependence on it which brings about a descent into madness that ultimately leads to a chaotic and freeing climax.

Be Still Life was filmed and edited December of 2009 - January of 2010 by Michael and Phil Harrell.