Tonight of the Living Dead 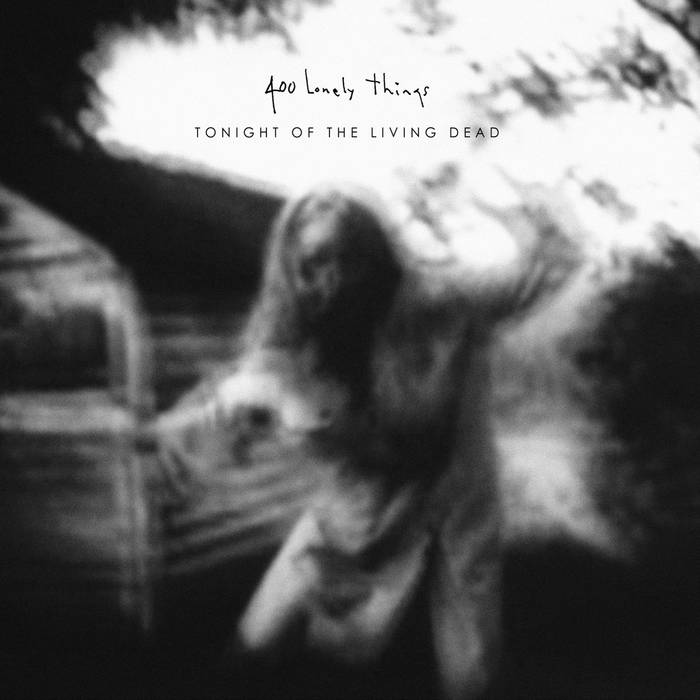 Chris Hay This album is so satisfying for letting us really sit with those quiet contemplative moments in the film. Favorite track: It Begins.

Walter Campbell Incredibly nostalgic while at times reminiscent of William Basinski’s Disintegration Loops or Richard Chartier’s Pinkcourtesyphone, while decidedly and deliciously more ominous and bleak in overall tone. Thank you for this. Favorite track: Crickets Window.

In Memory of George Romero.
Respectfully dedicated to Judith O'Dea.

With their tendency for darkish music told mostly through samples, remixing Night of the Living Dead is a solo-project ideally suited to Craig Varian (one half of 400 Lonely Things) who is indebted to this movie for introducing him to the world of horror cinema through a 19" black and white TV in the early 70's. A more specific need arose to build upon a lesser-known legacy of this film: the ground-breaking precedent of plunderphonics and remixing established in the composition of the original soundtrack.

Crew and cast members Karl Hardman and Marilyn Eastman - along with Sound Designer Gary Streiner - under the editorial supervision of George Romero, took recordings by other composers from stock film music libraries - many of which had already appeared in other movies and television shows - and then "augmented them electronically" to form their own original score for Night of the Living Dead. 400 Lonely Things has extended this notion of augmentation by using mutated samples from the film itself (many with their excellent foley work intact) as the only ingredients, and woven these treatments into a subtle and creepy dialog-free audio companion that seems to appeal as much to fans of the film and the horror genre at large as it does to listeners of dark ambient, plunderphonics and experimental music in general.

While the film is noted for how it straddles a line between social commentary and drive-in shlock with a kind of clunky elegance, 400 Lonely Things' Tonight of the Living Dead focuses on the more understated and haunting moments of this movie - zeroing in on the character of Barbra as portrayed by Judith O'Dea - drawing out the sense of bewildering relentlessness, disassociation, and hypnotic inevitability haunting an old farm-house as the world comes to an end.


"Fascinating CD. I found the album very memory invoking. Listening to Tonight of the Living Dead was like musically leaping back in time to relive all the nuances of my character Barbra’s struggle to survive all the horrific night terrors forced on her in Night of the Living Dead... a soul searching CD."
JUDITH O'DEA
"BARBRA" IN NIGHT OF THE LIVING DEAD

"...entirely unique - a highly listenable sonic collage that emphasizes the film's sense of foreboding doom...It's clear from the finished product that 400 Lonely Things' album is meant as a sincere tribute to the zombie masterpiece."
RUE MORGUE MAGAZINE

“400 Lonely Things has nailed a hard-to-find sub-genre of dark music on the head, that many of us in the horror community have been yearning for... [It] captures the desperation-laced black & white apocalypse and injects it into the world around you, bringing back to life an audio experience that is more than just a CD for fans of the macabre”
BLOODY DISGUSTING

“A genuine tribute to a deserving classic.”
DREAD CENTRAL

"...an entirely new piece of work, but one that remains creepy and eerie, and steeped in the atmosphere of the film....a work of art in its own right and not merely a tribute to the original film. This album has moments of real beauty, despite remaining familiar and unnerving due to the source material. Listening to this is like having a free pass to the world Romero created when he first conceived of ‘Night of the Living Dead‘.
SITE OF THE DEAD

“...A tool for horror fans to relive one of the greatest horror films ever made in a whole new way. Highly recommended."
SEND MORE COPS

“The mood evoked in Tonight of the Living Dead remains consistent throughout... a pervading, quiet terror.”
SCOTT KENEMORE, author THE ZEN OF ZOMBIE

“Awesome... A must have for genre-fans.”
KILLER REVIEWS

“It’s definitely worth a listen.”
THE SLAUGHTERED LAMB CINEMA