A Barsoomian Lullaby Volume Two | The Depths of Omean 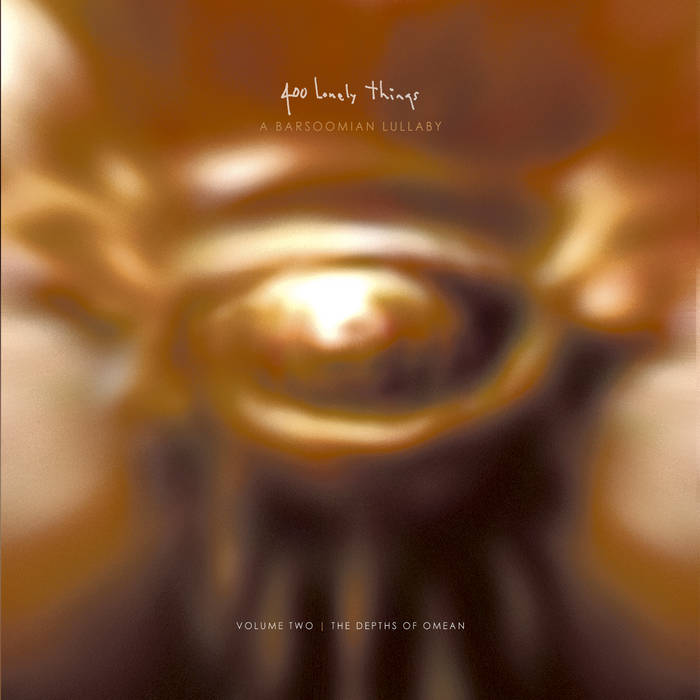 "A Barsoomian Lullaby" is intended as an unofficial audio companian to the fantastic Martian world of Barsoom created by author Edgar Rice Burroughs in the early 1900’s.

Like Volume One in this series (A Snow White Egg - 2008), A Barsoomian Lullaby Volume Two | The Depths of Omean is another solo endeavor by Craig Varian. But unlike the first installment which was comprised of five separate songs each hovering around 15 minutes in length - this second album is essentially one long song; an hour of slow motion exotica and pulpy ambiance, broken into eight seamlessly interchangeable parts comprised of languid, shimmering backgrounds and percussion that is at once spongy and brittle.

The bulk of this album was recorded over the course of a few weeks in the fall of 2007, using only five disparate samples for its source material. Over the next two and half years, this initial mix was patiently coaxed into a science-fictional audio travelogue - its song titles suggesting the environment of John Carter's second Barsoomian advent, as described in the second and third books of this series (The Gods of Mars and The Warlord of Mars, respectively).

The first half of our audio voyage is nearly aquatic, a gradual emergence upon the hidden shore of a lost, dying sea. A path leads away to the depths of a cold river that journeys into lost caverns beneath the mountains. From there, percussion canters like an eight-legged horse, carrying us through the sultry, tropical environment of the valley below, where we return to the gentle swells against the shore.

"A Barsoomian Lullaby" is conceived as an auditory portrait of this equally bizarre and beautiful imaginary Martian landscape Burroughs depicts "of indescribable loveliness, tinged with the weirdness of strange enchantment". The recordings are best-suited to low-volume, indirect listening - ideally while falling asleep reading one of the ten "Martian" novels; A Barsoomian Lullaby to invoke the dreamless sleep of Mars.

A note from Craig:
The "Barsoomian Lullaby" series is much indebted to Edgar Rice Burroughs and the many artists who've illustrated his texts, especially Frank Frazetta, Roy Krenkel Jr, Michael Whelan, J. Allen St. John and Phil Saunders . This series is dedicated to my father for introducing me to the writings of Edgar Rice Burroughs and the world of fantasy, science fiction, adventure and horror in art, film, books and music.
Kaor to Pixar and your Advent on Mars: Please handle with care. [A retroactive note from Craig: They didn't.]