Nigths and Profecy: Expanded and Remastered 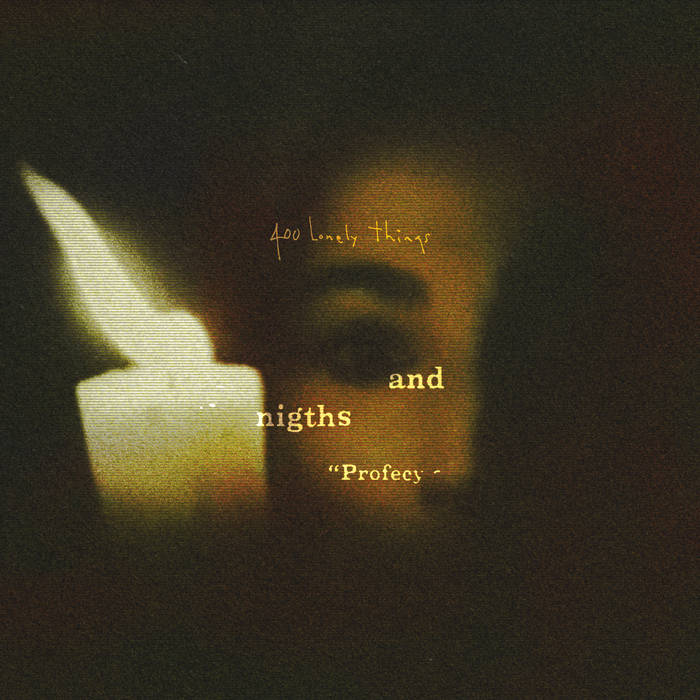 Digital release includes a high-quality PDF of the art booklet.

This album was originally released as a split-cassette with Fossil Aerosol Mining Project in the summer of 2020, through the Helen Scarsdale Agency. This new digital and compact disc edition of the 400 Lonely Things side of the "Nigths and Profecy" cassette has been expanded to include about 40 minutes of new songs written specifically for this version. All audio has been re/mastered by the one and only Preston Wendel.

While this offering is the sister album to FAMP's release under this same title, it can also be considered a companion piece to our own "Tonight of the Living Dead". As with "Tonight", all audio and visual treatments come from a technologically impaired source. But it also stems from an intentionally deceptive un/related cinematic genesis - in this case an Italian film marketed as a sequel to "Dawn of the Dead" - which it definitely wasn't. In fact, it wasn't even the first movie to market itself this way: Lucio Fulci had done the same with "Zombie" the year before.

Known around the world by many titles since its European theatrical release in 1981, "Burial Ground" is, in my opinion, a grindhouse sleazefest with no equal. It's a film whose many gruesome ineptitudes, absurdly absurd dialogs, immersive yet completely dissociative gore-pieces, and countless bewilderingly incompetent trajectories remain dear to my heart. All audio and imagery associated with this album was sourced and extrapolated from a Vestron Video monophonic VHS cassette released to the American home video market in 1986, one that has been in my home library since 1990-something.

As with any media format and enough determined manipulation, other aspects of a given source material can be brought forth and revealed. While I leaned hard into some of the more obvious psychotronic and schlocky elements of this movie in tracks like "I'm Your Friend" and "The Secret", other tracks surprised me with their inlaid, effusive, smeary beauty and warm, embracing hypnotics. These translucent, fragile qualities are apparently lurking in the celluloid-via-VHS haze for anyone odd enough to seek out... as if waiting to be coaxed into lumbering but awkwardly pretty new forms. I can't say that this beauty was intentional on the film-maker's part, because it definitely wasn't. But it's hiding there, if you look for it. And man, it was nice to revisit this record and just get into some good creepy fun, especially after the global and personal turmoil of the last few years.

If you haven't already, please seek out FAMP's album by the same name. Also: get together with your favorite late-night friends for a (re?)watching of this crappily remarkable, bafflingly transgressive, aggressively incoherent, brutally dubbed, unrated pile of typo-laden demented horror garbage and let the fun begin. Thank me or hate me for it later - it doesn't matter... because I'm your friend.