The Forget Me Knot 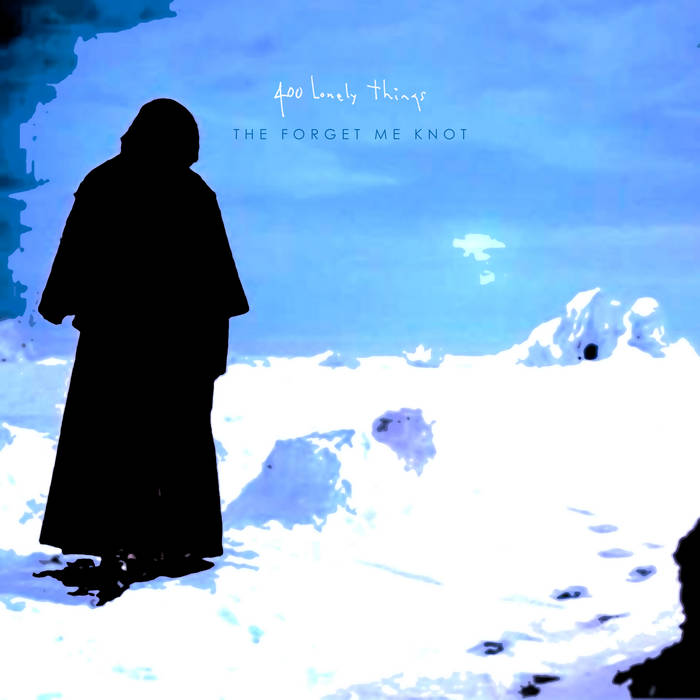 While there are as many unreleased 400 Lonely Things albums as there are published, The Forget Me Knot is the one that could most accurately be described not only as our Lost Album, but perhaps our Last Album as well.

The first recording “My Birthday On Iscandar” surfaced in December of 2007. It spawned the idea of “The Forget Me Knot” as a Wintery companion to the organic Springtime flowering / Summer blossoming that was Be Still Life, which was simultaneously in production (and finally released in Aug. of 2009). And, as with Be Stil Life, this album too would be composed entirely of samples and homemade field recordings.

Not being a fan of winter, The Forget Me Knot was conceived as music to accompany the upcoming hibernation and the omnipresent dull gray and occasional icy blue and bright white of the season. A soundtrack to help ease the transition, to ward away the Cabin Fever and Seasonal Affective Disorder by embracing it - not to welcome it - but just to keep it in check.

And it nearly worked.

But 2008 and 2009 were rough times for a lot of people. During this period, the Crash slowly stole away the two full time jobs that I had been doing for years, and the stress of trying to keep my family (and my record label) afloat landed me in the emergency room late one Winter evening. There I learned that the chronic low-to-mid grade anxiety and depression I’d lived with my entire life could be summoned physically through stress and manifest itself in painful welts along my nerve endings; panic made flesh. I also learned that it didn’t have to be this way. My poetic demon and muse sighing sideways throughout my life was merely chemistry, and it could be exorcised with a pill. I took that pill, and never really looked back.

Since that night in early 2010, 400 Lonely Things has ultimately been on hold as my need for it has simply dematerialized; a granular mist that scattered into the atmosphere and away from me. I thought I would miss it, but the truth is that letting it go was astonishingly easy. My fear that the pills would take away my creativity were unfounded - they only took away the desperation that I had been yearning to be free of to begin with. Since then, I’ve been more prolific than ever, recording electronic music under the name Phobadrena and enjoying it in a way that no artistic endeavor has ever fulfilled me before. But enough time has passed that I’m ready to finish this unfinished album. There were so many tracks here that I was so fond of, and a revisitation was in order, if not overdue.

The Forget Me Knot was nearly complete when I abandoned it in 2010. All but two songs were finished, and those two only needed a little touching up. All feature the same frosty, crystalline backbone - but in several tracks there is an undercurrent of Eastern poetics and philosophy present - borne out through titles like “Old Friend From Far Away” (from an anthology of Chinese Poetry). There are also a few brief samples of Alan Watts in "Time To Wake Up", whose voice and thoughts and words had often brought me comfort and insight in the past.

It should also be noted that “My Birthday On Iscandar” (which is the best song in the 400 Lonely Things catalog) enjoyed both a pre-birth and a brilliant remix on the Rotifer Cassettes release “Iscandarian Sunset”, a split-release with New Age Visionary Transmuteo in 2012. All of Transmuteo’s recordings are essential and should be sought out immediately, ideally before you finish reading this sentence.

The cover image - which was in place even before the first track was recorded - brings the snake that is 400 Lonely Things full circle to bite its own tail. It’s a still from a 1973 made-for-tv mini-series called Frankenstein: The True Story. This film haunted me upon first seeing it in a rerun when I was five or six years old in 1975 or 76. Specifically, watching the scene as a child from which the still was taken struck a chord in my tiny soul. It was the very first episode of sadness and isolation and loneliness that I ever recall experiencing. And as awful as it felt, I was protective of that feeling, because it was mine and I confused that with me. But that is the nature of The Forget Me Knot.